The expert team at Advanced Skin and Body Solutions consists of more than a dozen highly-qualified, service-focused aesthetic professionals. We hire team members at the top of their fields and according to our mission and values. When you’re at Advanced Skin and Body Solutions, you’re in good hands. Scroll down to meet our expert team of medispa specialists, estheticians, stylists, and more. 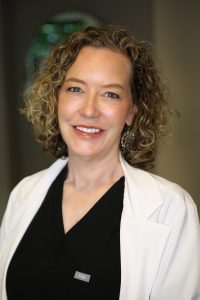 Felicia brings many interesting experiences and skills to her professional work with our medical spa. She’s been a nurse practitioner for more than two decades and her background includes working as a nurse midwife and women’s health nurse practitioner. A few years ago, she was ready for a change and craving a creative outlet. That’s why she started working in aesthetic medicine – and enjoys every minute of it.

Felicia never underestimates the importance of listening to patients. She considers this the foundation for giving them the results they desire and best overall experience. She also makes a point to educate patients so they know what to expect and look forward to. Seeing her patients happy and satisfied is her favorite part of practice. She understands the transformative power of aesthetic medicine – when people feel their best, they express that to the world.

When Felicia’s not working, she enjoys good food, good coffee, running, Crossfit, being outside in nature, and spending time with family and her dogs. She has a daughter who is a competitive swimmer and water polo player, so she spends a lot of time driving to pools and attending meets and matches. 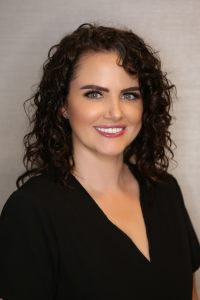 Danielle Lineback is a Certified Diamond CoolSculpting Specialist, Licensed Master Esthetician, and Xtreme-Certified Lash Stylist who has been with Advanced Skin and Body Solutions since 2011. She graduated from CoolSculpting University, Washington Laser Institute, and Euro Institute of Skincare where she achieved the highest GPA in her graduating class. Danielle loves working with the expert team at our Bellevue medispa. She especially loves building relationships with clients and helping them see their beauty both inside and out.

Danielle’s favorite area to treat with CoolSculpting is the torso (abs and flanks together). On women, CoolSculpting this area reveals a beautiful hourglass figure. On men, it shows off an attractive “v” shape. Clients appreciate her positive approach, willingness to share her own experiences, and attention to individual needs.

In her previous career, Danielle worked at Washington Mutual Bank as a bank teller and assistant branch manager. She and her husband Josh are living out their dream of owning acreage where their three children have space to play and their dogs, a cat, and chickens are free to roam. When she’s not working, she spends most of her time on the sidelines of the soccer field or bleachers of the ballpark cheering on her kids. Danielle especially enjoys taking an occasional girls’ weekend away, going for date nights with Josh, and sitting on the back porch with good company, food, and wine.

Those who know Danielle describe her as sincere and no-nonsense. She feels fortunate to work in Washington State’s #1 locally-owned CoolSculpting business. Danielle believes that commitment to service, results, and authenticity (no sales quotas!) is what makes Advanced Skin and Body Solutions so successful. 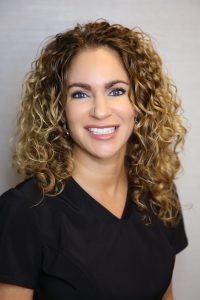 Previous to entering the aesthetics industry, Ginger worked in the service and legal industries. In 2006, she found her passion and started working as a licensed esthetician. She was employed at Advanced Skin and Body Solutions from 2006 to 2010, at which point she decided to have children and take a break from working outside the home. We were excited for her return to our Bellevue medispa in 2020.

Ginger loves listening to patients, taking care of them, and helping them look and feel their very best. She has excellent attention to detail and a discerning eye for the artistry component of aesthetics. She’s talented at making nervous patients feel comfortable and at ease.

One of Ginger’s pastimes is intricate mosaic art. She’s been doing this for over 23 years! She also enjoys working on her home and bringing her newest décor visions to life. She loves spending time with her fiancé Jason and all of their kids (Ginger has four and Jason has three). Together they enjoy work outing, hiking, cooking, traveling, and hunting for antiques and junk shop treasures. 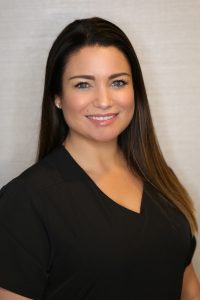 Jenny hails from Canada. She grew up on the east coast and eventually made her way west to Vancouver, British Columbia. After starting a career in banking, she decided to pursue further education at the Blanche MacDonald Institute of Applied Design, receiving diplomas in makeup artistry, special effects, and aesthetics. Soon she was working at a medispa and has never looked back.

A new adventure awaited Jenny in the United States after she met her husband Drew. When she moved to the Seattle area, she worked in the home raising her young children until she decided it was time to work outside the home again. She feels lucky to have met Jennifer Washburn, owner of Advanced Skin and Body Solutions, who invited Jenny to become a member of her team.

The best part of Jenny’s day is seeing patients get excited about their treatments, feel more confident, and step into their best possible selves. Patients like Jenny because of her warm personality and ability to relay information in easy-to-understand terms.

When she’s not working, Jenny enjoys spending time with Drew, her two young children, and three step-children. They enjoy traveling (especially to Hawaii and Canada), going to parks, exploring trails, and sailing. 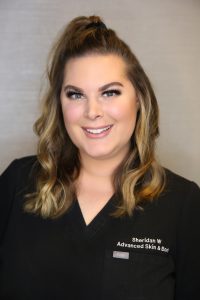 Sheridan is one of the wonderful master estheticians on our expert team. She joined Advanced Skin and Body Solutions in 2016 — right out of esthetician school! Sheridan absolutely loves doing eyelash extensions, but you can also find her helping clients with a variety of treatments to make everyone feel like their personal best.

She has a cat named Wilfred and loves to travel to the beach from the Oregon Coast all the way to the Caribbean! 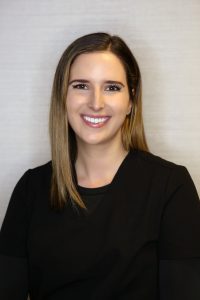 Sarah graduated with a 450 hour Master Esthetics License from Washington Laser Institute in August of 2020. Prior to receiving her Master Esthetician License, she attended Gary Manuel Aveda Institute for basic esthetics. Sarah enjoyed being in school and learning from classmates and colleagues in the esthetics industry. She is enjoying working with CoolSculpting experts and knowledgeable estheticians at Advanced Skin and Body Solutions. Outside of school and work, Sarah enjoys spending time outside, cooking, reading, and seeing friends and family. 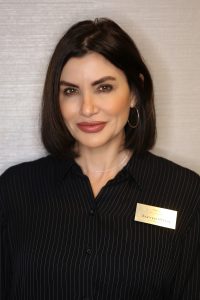 Shannon is our spa manager! She joined Advanced Skin and Body Solutions in 2017 after spending most of her career in management roles for investigations/attorney service and women’s specialty apparel. Born and raised in Southern California, Shannon moved to Washington 20 years ago and is now a truly converted “Cali-Washingtonian”. In her free time, you can find Shannon hiking, watching cheesy horror movies, and taking spontaneous road trips. She loves being part of such a passionate, customer service-oriented team! 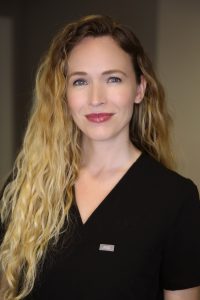 Carina Lewis has a rich and interesting background in the aesthetics, performance, and health and wellness industries. As a former model, she appreciates that how you look impacts how you feel about yourself. As a musician, she understands the power of image and communication. Now as a Guest Services Coordinator at Advanced Skin and Body Solutions, Carina loves helping people feel their best in every way. She finds gratification in taking part in the service of self care and helping people create a fresh outlook on themselves. She’s known to greet everyone with a big smile and finds joy in working with the team at Advanced Skin and Body Solutions.

Outside of working at our Bellevue medspa, Carina enjoys spending time writing, recording, and performing music. Singing is one of her great passions. She also home-schools her son, gardens, rides quads with her husband, and spends time with her huge extended family. 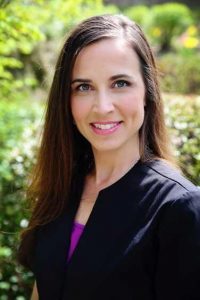 Our accountant, Danielle, is one of our veteran employees — she’s been on the Advanced Skin and Body team for more than 13 years! After getting her MBA and working in Human Resources in Boston, she switched paths to finance when she made the move to the Seattle area 17 years ago. Danielle loves a lot of things about her job, but first and foremost, she appreciates her coworkers; our expert team truly feels like a family. Outside of work, she loves to exercise, travel, and spend time with her four wonderful kids and husband.

From Our Beauty Blog

CoolScultping vs Liposuction: Which is Better?

One of the most common questions we get at Advanced Skin and Body Solutions is "what is the best way to get rid of my stubborn fat?" As CoolSculpting specialists with over 6,000 treatments under our belt, we can say with great certainty that CoolSculpting is a much...

Jennifer Washburn is the Founder and President of Advanced Skin and Body Solutions. If you don’t know our story, she started our Bellevue medspa back in the early 2000s because she saw a way to help people. Still today, helping people is what we’re all about. The 2020...

Jennifer In The Community: How The Coronavirus Pandemic Is An Opportunity

The Coronavirus Pandemic Is An Opportunity The coronavirus pandemic (COVID-19) has had a significant impact on the global economy. People everywhere are feeling the economic slowdown and local businesses in particular are experiencing negative consequences. As a... 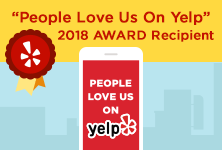